Over 30,000 subscribers have already received the latest information on product launches, drone news, exclusive discounts, and more. Join us!

Empire Drone recognized for their assistance during last month’s protests.

“We are very grateful to receive this award. When public safety is a concern, we are always willing and excited to lend a hand,” says John McGraw.

The DJI M300, which was lent to the Rochester PD by Empire Drone, was used to monitor nightly protests. The drone provided the police with a live, aerial feed of the city which helped ensure the safety of both the citizens and officers.

“The ability to monitor a crowd or a traffic situation from the air gives real time intelligence to our command post so they can make decisions on routing traffic... so that the protestors aren’t in danger,” said Chief Mark Simmons.

About Empire Drone:  Empire Drone is a leading distributor, integrator, inspection service provider, and trainer for unmanned aerial systems in North America. Empire Drone was founded on the unrelenting goal of providing our clients with the best the drone industry has to offer. For more information, please visit www.empiredroneco.com or call us at 315-743-4285.

We provide lifecycle support for your drone program. From procurement and training, to repairs and maintenance Empire Drone keeps your drone fleet mission ready.

Feedback from our Awesome Clients

Quick shipping, Always a joy dealing with Empire drone. Will definitely continue to buy from again. 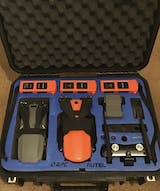 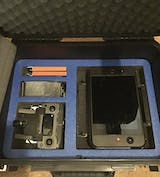 This purchase was my first experience with EmpireDrone. They are easy to work with and their customer service was second to none.